A story about those who are seeking refuge in Taiwan and the groups in Taiwan who are aiding them. 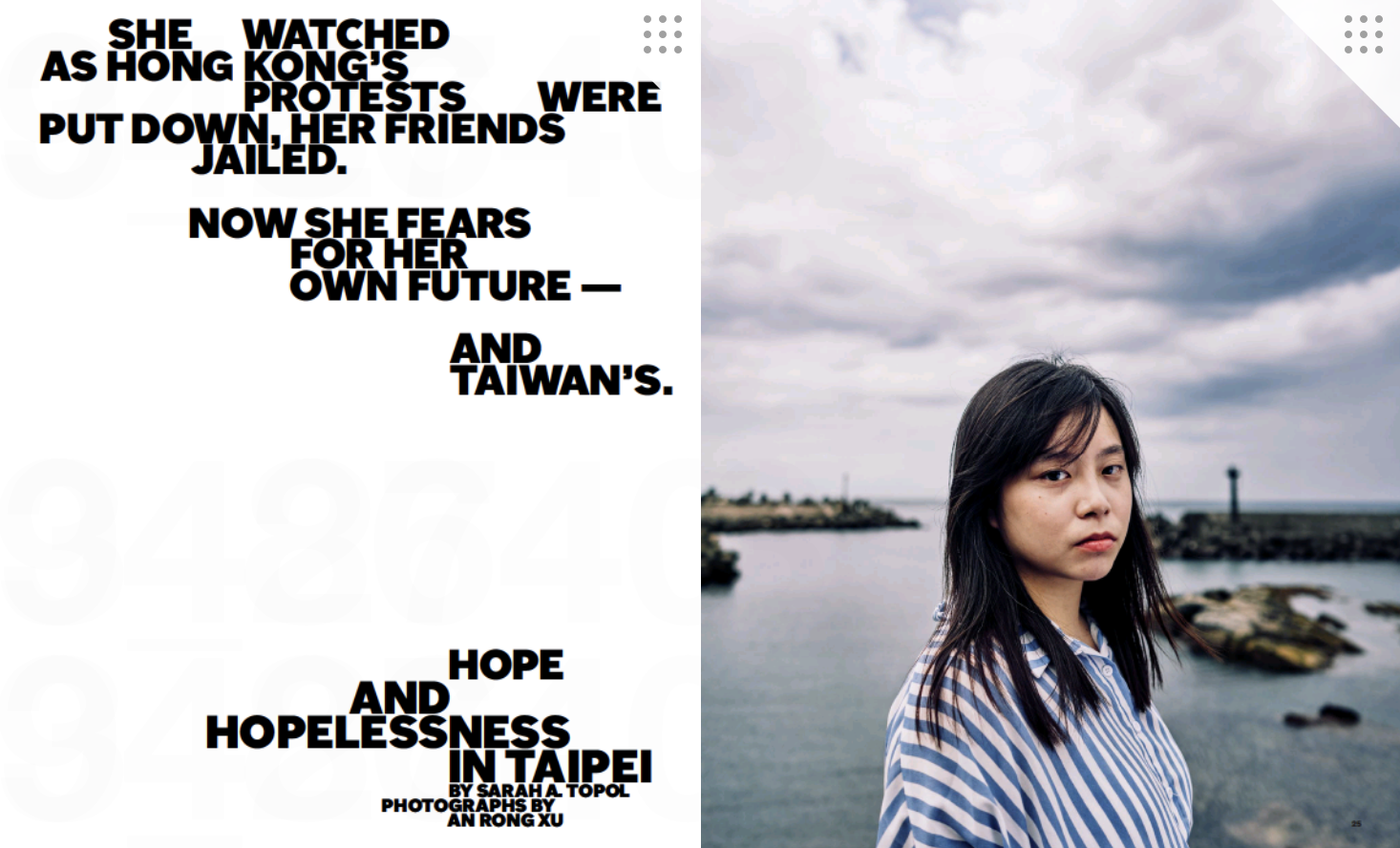 Nancy Tao Chen Ying, a young television producer in Taipei, Taiwan’s capital city, has spent the past few years helping activists in Hong Kong escape the Chinese government’s crackdown against that once autonomous city—and worrying that Hong Kong’s fate may soon be Taiwan’s as well.

The story that grantee Sarah Topol tells in a cover article for The New York Times Magazine reads like a Greek tragedy. The powerhouse economies and constitutional safeguards each managed to build rested on the most fragile of foundations, liable at any moment to be swept away by the Chinese colossus towering over both.

Nancy Tao Chen Ying tells Topol that when she first started flying to Hong Kong to take part in street protests, “My thoughts were very simple. I wasn’t supporting Hong Kong; I was supporting freedom and democracy. To me, defending Hong Kong’s democracy is the same as defending my own democracy. I can’t just stand by and watch everything happen.”

A sense of storm clouds gathering also suffuses the reporting from Asia by grantee David Pierson for the Los Angeles Times. He profiles a young activist in Thailand, facing a six-decade prison sentence for insulting the king of Thailand; a Kachin activist in Myanmar who had hoped to run for parliament but is now in hiding from that country’s military junta; and Ivan Choi, a protest-movement activist in Hong Kong who has fled to exile in Taiwan and doesn’t expect to see his family or home again.

“Their stories reflect the seismic changes sweeping Asia,” Pierson writes, “where voices for democracy have been suppressed by corruption, growing inequality and the widening influence of the so-called China model and its blend of repression and prosperity.”

Pierson finds grounds for hope in the trans-region solidarity of a younger generation weaned on popular culture, at home in social media and technology, empowered by their own past experience with free elections and the broader world. Their commitment, like that of Nancy Tao Chen Ying, is inspiring.

Photo: The image is by photographer An Rong Xu.

Chased And Jailed: No Rest And Much Danger For Asia’s Young Revolutionaries

He Tried To Commemorate Erased History. China Detained Him, Then Erased That Too