How the Pulitzer Center Empowered Stories With Impact in 2021

Relevant legal authorities addressed abuses of power identified by our grantees in different jurisdictions around the world this year. Grantees at The Wire exposed egregious inequities in the treatment of incarcerated people from marginalized backgrounds in India, namely lower-caste people, transgender people, and women. Over the course of five stories in the Pulitzer Center-supported series Barred: A Prisons Project, grantees Sukanya Shantha and Jahnavi Sen showed how caste is foundational to labor and segregation, how misgendering and sexual violence is part of the experience of being transgender in prison, and how grief permeates the lives of women in Indian prisons. The series led the high court of the Indian state of Rajasthan to order a review and overhaul of its prison rule manual, which had been in place for more than 70 years.

The court-mandated study led to three amendments to the state prison rules and helped end the practice of assigning labor based on a particular person’s racial, ethnic, or caste associations. The rule manual had also previously included language referring to “habitual offenders'' who were defined as “any member of a criminal tribe subject to the discretion of the Government.” This designation, which had historically been used to target gender-diverse and transgender people as well as racial and ethnic minorities, has also been deleted as a result of the rule review.

Barred: A Prisons Project also used the personal stories of incarcerated people to explore how members of denoted tribes, gender identities, and castes targeted by these rules can be imprisoned for long periods over petty offenses with no legal representations. After one story, an attorney reached out to a transgender woman featured in the reporting and began providing her with legal assistance. The project is a prime example of how journalism has the power to change the life of an individual as well as the rules of an unjust system as a whole. 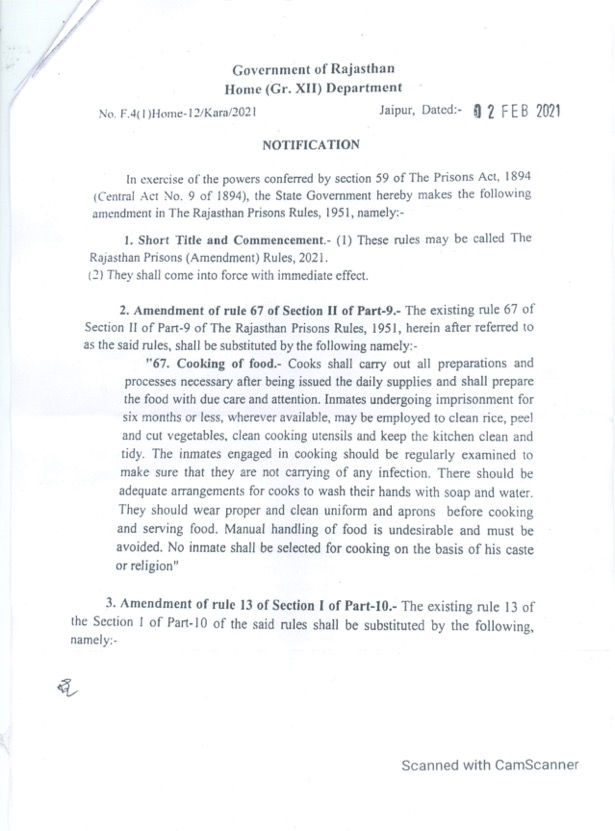 For the last 15 years, the Pulitzer Center has connected students and educators with underreported issues and the journalists who shed light on those crises in our efforts to help cultivate a more curious, informed, empathetic, and engaged public. This theory of change was modeled perfectly at The San Francisco School when, earlier this year, a class of middle school students wrote and illustrated vignettes about their experiences of isolation throughout the pandemic.

In December 2020, grantees Lydia Chávez and Sindya Bhanoo gave a virtual presentation about their Mission Local project Report Card, in which the journalists collaborated with local youth to highlight the obstacles that underserved communities face in the switch to remote learning. Across San Francisco’s Mission District, which at the time of the project’s publication had the highest number of confirmed COVID-19 cases in California, lower-income students were facing unseen hurdles as schools closed. Vivid multimedia stories presented by the grantees to classrooms helped bring these obstacles to light. One such presentation inspired San Francisco School teachers and administrators to develop the Pandemic Storytelling Project. Students and arts and humanities teachers worked together to create their own original artwork and narratives based on Report Card that combined historical thinking, including the role and value of primary sources. Humanities teacher Araceli Quezada told Pulitzer Center K-12 staff, “I then emphasized that every person has a story that is important to the historical record and shared that writing about their experience with learning and school during this pandemic would someday help others to understand what we are living through.” Mission Local journalists and editors worked with students to polish their stories and then published them as updates to Report Card.

This impact was magnified through the work of our Teacher Fellowship program, an initiative we began during the pandemic to work with classes of educators to create journalism-informed lesson plans for wider distribution. Through this initiative, three more educators in three different states adopted the reporting into their lessons by comparing stories alongside The Tempest, using COVID-19 as a prism of understanding how marginalized groups leverage power, and by using comic books and storyboards in ESL classrooms.

The Pulitzer Center-supported investigative piece Land-Grab Universities lit the academic community aflame and within days of its 2020 publication. Indigenous scholars in the United States and around the globe responded extensively to the reporting on the real cost of land expropriation paid by Native tribes to the American public university system as a result of the 1862 Morrill Act. In April 2021, the Native American and Indigenous Studies Association (NAISA) published a full journal issue dedicated to exploring the findings of Land-Grab Universities.

The sheer diversity of approaches to the inquiry into Land-Grab Universities was impressive. From the University of Missouri came an exploration of Indigenous approaches to geographic information systems. A team of two scholars calculated the full economic debt owed to the United States’ Indigenous students alongside an analysis of each institution’s service to those students analyzed through enrollment and graduation rates. The research was multidisciplinary and members of NAISA were in conversation with our grantees Tristan Ahtone and Robert Lee throughout the study. In an interview with the editors of the journal, Ahtone and Lee talked about the serendipity and necessity of a journalist and an academic meeting to each bring tools to bear on this project. Ahtone mentioned that it held hope for future collaborations, stating “I think what we’ve done here really speaks to the fact that academics and journalists need to be talking a lot more, and there need to be pathways for those relationships to be formalized.”

Beyond the journal article itself, institutions named in the reporting have continued their efforts toward making amends for the harms exposed by the project. Cornell University, the school that received by far the largest amount of money as the result of the Morrill Act as documented by the project, created a faculty advisory board to evaluate and address the issue. The University of California at Berkeley hosted a series of truth and reconciliation styled discussions aimed at addressing the school’s legacy of Indigenous dispossession. Students across the country conducted their own research and writing that indicted their own public universities from the University of North Carolina at Chapel Hill to the Universities of Wisconsin and Wyoming, Texas A&M University, and more.

How do neighborhoods in news deserts grapple with and build resilience to overlapping crises? Southerly and WBEZ sought to fill in the gaps for communities where economic, environmental, and racial injustices thrive due to underreporting and underfunding. After one of the most powerful storms in 150 years tore through southern Louisiana, the community, now left largely houseless, faced recovery amid all the restrictions of the extended coronavirus pandemic. Via interviews with residents and tip lines, Southerly was able to collaborate with other small local outlets to provide resource guides for renters, teachers, and residents as a whole on topics like tenant rights, mental health, and navigating the FEMA loan process.

In Chicago, grantees at WBEZ followed a similar community-driven approach to reporting on racial inequities in vaccine distribution and water debts across the highly-segregated city—and they plan to make sure the residents most affected by these injustices would receive the information. While reporting on vaccine inequities, resource cards and reporting were translated into Spanish and accompanied community outreach events, including question-and-answer sessions with experts that almost 4,000 Chicagoans attended.

This Pulitzer Center-supported approach continues in the latest project following unequal water debt, with mailed-out postcards that linked to the story and translated resources into Spanish. They are working on accompanying community outreach efforts with the help of trusted local churches and organizations, including Blacks in Green, the Little Village Environmental Justice Organization (LVEJO), Elevate, the Community and Economic Development Association of Cook County (CEDA), and Midwest Worker.

Both of these projects were part of our Bringing Stories Home initiative, which supports small and medium local outlets in tackling underreported issues with an emphasis on educational and public outreach by the outlet. The work underlines why we launched this initiative in the first place. Local outlets are not just sources of information for the communities they serve, they uphold democracy and strengthen connections between neighborhood institutions like schools, faith organizations, and community groups.

Hours spent camped out of slaughterhouses, following trucks down unnamed roads, and paddling through the Amazon in a holey canoe paid off when a Brazilian state attorney cited Rainforest Investigations Fellow Manuela Andreoni’s project investigating the supply chain of leather seats in luxury SUVs. Working in concert with a photographer, Andreoni coordinated with data and climate journalists thousands of miles away at The New York Times to document the illegal exploitation of the Jaci-Paraná reserve in the Amazon. Thanks to years of cattle movement data, Andreoni and her photographer were able to follow ranchers and middlemen on the ground to confirm and expand on their analysis of cattle laundering in the reserve.

The investigation showed that increasing demand for leather in American luxury vehicles is helping drive deforestation in Jaci-Paraná and that the illicit cattle trade on the reserve is extensive. The evidence, which was also cited and shared by the Sierra Club in the United States and the Transport & Environment group in Europe, helped the state attorney successfully make the case that a law that all but doomed the protection of Jaci-Paraná must be struck down. As Anderoni explained in an interview on BBC NewsHour, “the story is not about development, it's about crime," and, as she reiterated in an interview in The New York Times, “Amazon deforestation is an issue that affects the lives of people across our planet, but there is still limited understanding of the role played by multinational corporations that supply products — such as leather car seats — to wealthy countries.”