Heroes of HIV: HIV in the Caribbean

With HIV rates second only to those of sub-Saharan Africa, Caribbean islands that conjure visions of sun, sand and tourism now highlight the interplay between poverty and the epidemic in this hemisphere. And less than two hours from South Florida shores, the island of Hispaniola has struggled with the highest HIV rates in the Caribbean since the early 1980s.

Twenty-five years after the AIDS epidemic was given a name, it is a plague with tangled ties between the wealthiest and the poorest countries in the hemisphere. In a three-part series over three consecutive Sundays, Palm Beach Post reporter Antigone Barton examines some of those ties, in the Dominican Republic, in Haiti and in Palm Beach County. 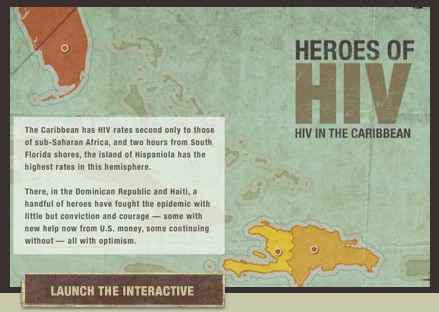 The Pulitzer Center's reporting on HIV/AIDS in the Caribbean was made possible with support from the MAC AIDS Fund.