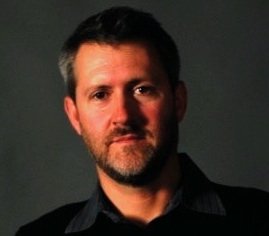 Stephen Sapienza is an award-winning news and documentary producer who has covered a wide range of human security stories, including the HIV crisis in Haiti and the Dominican Republic, child soldiers in Sierra Leone, climate refugees in Bangladesh, and landmine survivors in Cambodia. For over 15 years he has shot and produced stories for broadcast television and internet distribution.

Most recently, he earned a 2009 News & Documentary Emmy for his work on LiveHopeLove.com, a ground-breaking multimedia project focusing on the human face of HIV/AIDS in Jamaica. In 2008, he received the Ruth Adams Award for reporting on dwindling water supplies in Asia. In 2002, he produced Deadlock: Russia's Forgotten War for CNN Presents, winner of a CINE Golden Eagle. Previously, he was Co-Director of Azimuth Media and Senior Producer with the global affairs television series "Foreign Exchange with Fareed Zakaria." He is currently producing a documentary called "Easy Like Water" about the impact of climate change on Bangladesh.

Bangladesh is considered the world's most densely populated country with 2,639 people per square mile. Dhaka, the capital, is one of Asia's fastest growing cities, with a population currently around 15 million. With some 400,000 new residents arriving each year from rural areas seeking a better life, Dhaka is straining under the pressure of its rapidly swelling population.

As this megalopolis grows, clean water supplies and effective sewage removal will be critical to the health and success of Dhaka. Today, some 4 million squatters who live in slums do not have legal access to basic services, such as safe water and toilets. These people often are forced to rely on unsafe well water provided by slum lords or buy water from "water sharks" who peddle bottled water from small vans. The sanitation situation is equally severe. Almost two-thirds of the Dhaka's sewage is untreated and left to seep into waterways and the ground. Hanging latrines, which dump waste directly into waterways, and neglected public toilets, are common here and are extremely unhygienic. The results of life in these filthy and sub-human environs are not surprising: each year thousands upon thousands of people in Bangladesh, including 50,000 children, die of cholera, diarrhea, dysentery, typhoid, and other waterborne diseases.

Mining is big business in Peru. According to Goldbank, "Peru has the biggest non-discovered gold resources on earth. The gold resources are discovered and mined with little costs." A recent Reuters article declares some $50 billion of mostly foreign investment is lined up for extractive industries in Peru over the next decade. In a country with a 30 percent poverty rate, mining offers a promise of rags to riches that for many is impossible to ignore. It is believed a third of a million Peruvians now make their living through informal gold mining. With few government regulations on mining, rising gold prices, and new miners joining the hunt for gold each day, Peru faces growing environmental, health, and security challenges as a result of this informal or small-scale mining.

For most people, probably their least favorite memory of high school is of the toilet facilities. Now imagine your high school with just one toilet. That's right, one toilet for the entire student body – boys and girls. Kind of a nightmare scenario, right? Well, it turns out there are places around the world where this is exactly the case. And it is female students who pay the heaviest price for poor sanitation in schools with falling grades, absenteeism, and sometimes even completely dropping out of school.

In Bangladesh, however, some schools are adopting a simple, low-cost model that is becoming a catalyst for improving sanitation and hygiene in schools and preventing further classroom casualties.

The Matipara Samiruddin High School is located in the Rajbari Sadar district about 75 kilometers to the west of Dhaka. With a student body of just over 500 pupils, the girls here used to share just one toilet with the boys. As they told me during my visit, aside from the awkwardness of the situation, the toilet had an insufficient water supply and was so unhygienic that most girls had given up and just avoided the place altogether.

During the onset of their menstrual cycles, many girls chose to simply stay home. I met student Ramuna Kahtun, who often missed classes because of the toilet situation and had dropped in rank in her secondary class. Her parents initially gave her flak for not attending school, but when they saw the state of the toilet facility, they gave her a pass.

For both teachers and students at Matipara, the lack of safe, separate and private toilet and washing facilities had gone far enough. They decided to take advantage of a health and hygiene program offered by the local branch of an NGO known as BRAC.

Before visiting Matipara High School, I interviewed Dr. Babar Kabir, director of Water Sanitation and Hygiene, at BRAC headquarters in Dhaka to get an overview of the program. BRAC is currently in the second year of a five year program to install 4,500 new latrines in 150 sub-districts, like the Matapri school latrines.

BRAC's approach is to encourage the community to "invest" in the school hygiene movement by putting up $500 USD for each new latrine, roughly half the cost, with the school system picking up the rest of the construction cost.

BRAC also works with the schools to oganize student brigades, comprised of male and female students who coordinate with the principle and a female teacher to maintain toilet supplies (like low cost sanitary napkins) and monitor the general hygienic situation of the toilets. BRAC also helps raise awareness about sanitation and hygiene issues at "cluster meetings" held every third month in the communities they serve.

The overall impact of the BRAC approach at schools like Matipara High School has been great. At Matipari, the boys toilet was expanded to include two stalls and access to clean water, while a two stall girls latrine was installed on the second floor at the opposite end of the school building from the boys latrines. The student-monitored and separate latrines have not only improved absenteeism, but also have improved the overall quality of education the students receive at the school. Rumuna Kahtun is currently back in school full-time and maintains a strong grade point average in the 10th grade.

I arrived at my hotel in Peru at 3:30 in the morning of July 28, a national holiday, and the day Peru's 97th president, Ollanta Humala was to be sworn in. After shaking out the cobwebs, I jumped a taxi down to the Plaza de Armas to check out the scene at the inauguration. You can get a taste of the day's celebrations from this video.

Front and center on President Humala's agenda is the issue of mining and extraction industries, which have been both a blessing and a curse throughout Peru's history.

As I write, gold has already hit a record high of $1,635 per ounce, with Citigroup predicting it could reach $2,000 per ounce.

Of course, this is welcome news here in Peru, which has seen its mining sector boom due to recent surges in global commodity prices. It is also welcome news to President Humala, who has pledged to hike taxes on global mining companies to fund social programs and environmental cleanup in mining-impacted communities. The new government wants a cut of the estimated $50 billion in extractive industries investments lined up for the next decade, and that has the big mining companies very nervous. Similarly on edge are the indigenous peoples of the highlands and Peru's Amazon region, who blame mine operators and the government for exploiting and polluting their land at the expense of their cultural heritage. Peru's national human rights ombudsman's office has reported that conflicts between authorities and indigenous communities have claimed more than 100 lives and 1,300 injuries since 2008. Some observers call the resource extraction issue a "ticking time bomb" for President Humala, because it is such an explosive issue for both big business interests and the rural, indigenious poor who support his populist agenda.

The Peruvian mining sector was deregulated under President Alberto Fujimori (1990-2000) to make the country attractive to foreign investors and corporations. Deregulation did attract foreign mining companies and investment in large-scale mining operations, but it also opened the doors for small-scale miners, many from rural, impoverished communities that saw few tangible returns from all the large-scale mining activity.

From the frigid, towering peaks of the Andes to the sweltering, riverbanks of the Amazon, it is estimated that a third of a million Peruvians now make their living through unregulated, or small-scale gold mining.

In a country with a 30 percent poverty rate, mining offers a promise of rags to riches that for many is impossible to ignore. Here, small-scale mining produces 170,000 metric tons of gold, providing mostly rural, impoverished communities with a primary or supplemental source of income. With few government regulations, rising gold prices, and new miners joining the hunt for gold each day, Peru faces growing environmental, health, and security challenges as a result of this informal, or small-scale mining.

But unregulated mining is not just problem in Peru. About 130 million people around the world survive on small-scale mining, most of them in poverty and vulnerable to injury, exploitation, and sometimes death. Small-scale mining accounts for 20 percent of the world's total gold production, but it is also responsible for more mercury pollution to the environment than any other global industry, according to the US Environmental Protection Agency. A lethal legacy for the miners and those unfortunate enough to live in their communities. During my travels here I hope to examine the impact and some of the underlying drivers of small-scale gold mining of Peru--and share my findings here in this blog and ensuing video reports.