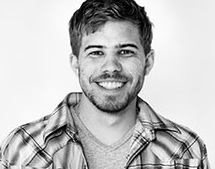 Ciudad Juarez, just across the border from El Paso, Texas, has become the murder capital of the world. Last year, 3,100 were killed. Since 2008, the city of 1.5 million has seen more casualties than the current war in Afghanistan, which has a population of 28 million.

Dominic Bracco II specializes in documenting the effects of Mexican and North American policies on the border region where he was raised. He has degrees in journalism and Spanish literature from The University of Texas at Arlington. Past clients include The Wall Street Journal, The Washington Post, and The New York Times Sunday Magazine. Dominic is also a founding member of the collective Prime. He is based in Mexico City. His body of work from Ciudad Juarez, Mexico "Life and Death in The Northern Pass" received honors as a 2011 Alexia Foundation Professional Grant Finalist, 2011 Emerging Photographer Fund Grant Finalist, 2011 Michael P. Smith Grant for Documentary Photography Finalist, and was honored 2011 Pictures of The Year International Awards.

Mexico: Life and Death in the Northern Pass

"There are two ways of thinking about living here; either you go on every day and when it's your turn to die you die, or you live every day in fear"— Daniel Gonzalez, 26, a resident of Ciudad Juarez who later moved to El Paso, Texas.

In the decades preceding the drug war, the population of Ciudad Juarez exploded as droves of workers came in search of jobs promised after the implementation of several international free trade agreements. Officials did little during this time to boost infrastructure. Instead policy-makers focused on keeping labor on the border cheap and competitive with countries such as China, India and Pakistan.

Up until 2011, the area of Juarez where most factory workers lived had one high school for over 600,000 inhabitants. It took years for water and electricity to make it up the mountainside to their neighborhoods. The city's proximity to the US and the flow of drugs, coupled with limited social opportunities, helped create an environment that made Ciudad Juarez the most violent city in the world. In 2008, when the Sinaloa Cartel came in to take over the local drug trade, the cartels began employing the city's youth. The teenagers took to the streets to become sicarios or hitmen. By 2011 the death toll would reach over 9,000.

In the past five years, more than 10,000 businesses have closed in Ciudad Juarez and as many as 230,000 people have fled their homes to other parts of Mexico and to the US. The global economic downturn has exacerbated the decline in the once vibrant manufacturing center. Maquiladoras, or manufacturing plants, pay less than $100 a week to their labor force, and in a city where the cost of living is nearly on par with the US, the lure of easy livable wages from working for a cartel is an irresistible temptation to many Juarenses. Drug bosses offer the equivalent of a factory worker's weekly wages to perform an execution. Economic devastation brought on by the raging drug war has infused and intensified crime in everyday life. Violence has become more commonplace and faceless. Random violence has increased. Car jackings, robberies, and assaults are a daily occurrence.

The most vulnerable in Juarez are Los Ninis, young men and women who got their name from the phrase "ni estudian, ni trabajan"—those who neither work nor study. According to a recent study by the Colegio de La Frontera Norte, as many as 45 percent of all Juarez residents between the ages of 14 and 24 fall into this category and they make up a quarter of the city's total homicide victims.

Massacres of Juarez's youth are common—they have been gunned down at parties and targeted at rehab centers. Killing is indiscriminate. The first mass killing of youths took place in January 2010 when 15 teenagers were gunned down at a party where friends had gathered to celebrate a birthday. Fourteen teens were killed in October 2010.

Without work, or a real incentive to work, young people are increasingly turning to the cartels where the boundaries between crime and an honest path are often blurred by the bloodshed and fear enveloping the city.

See the photographs accompanying this article.

A Clarinet Instead of a Gun